Bring your lunch and join in a discussion of ancient African tradition of “Remembering your Soul” based on the book Duma’s Song by Author Jenny Lewis. Register today. 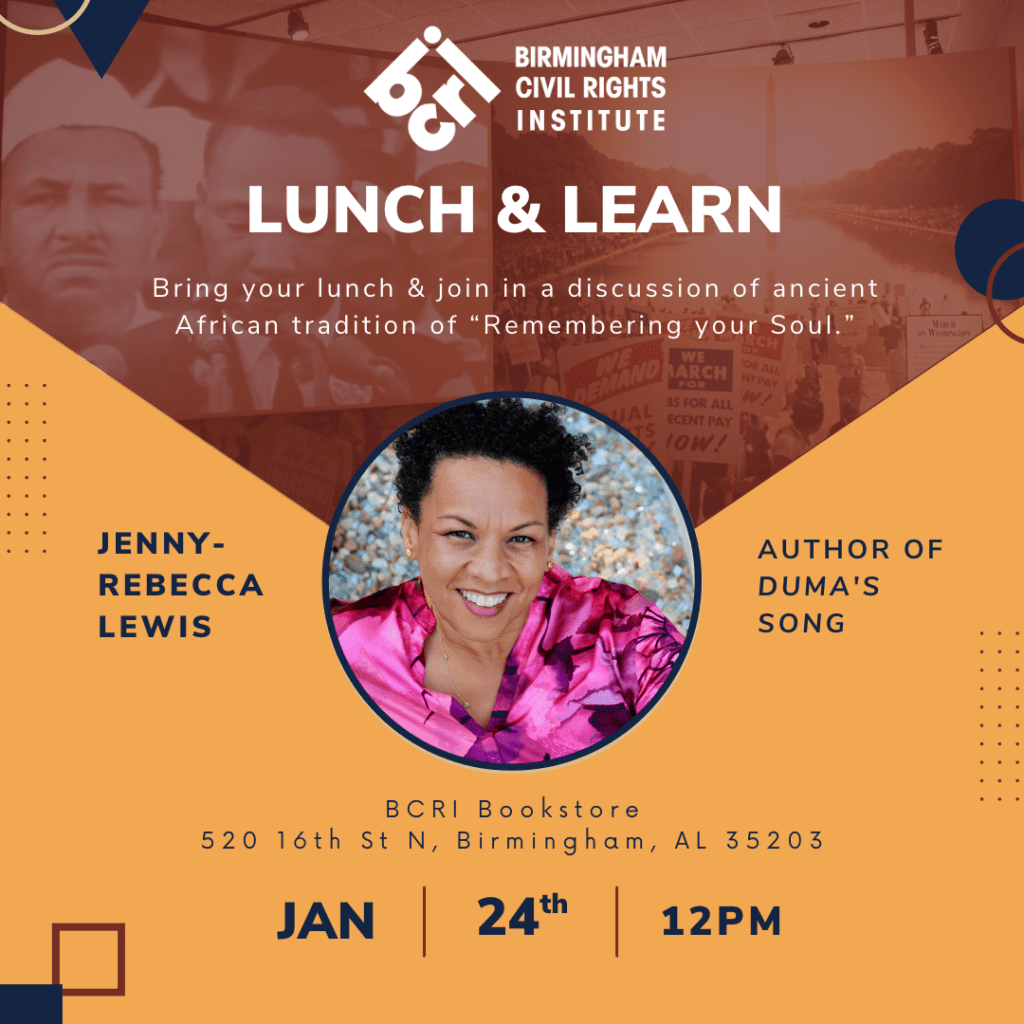 Join us for a day of honoring Dr. Martin Luther King Jr. with a number of engaging activities & performances from Birmingham artists! The event is free. Please register to reserve your time slot. Day's Activities Scavenger hunts & quizzes … Read More 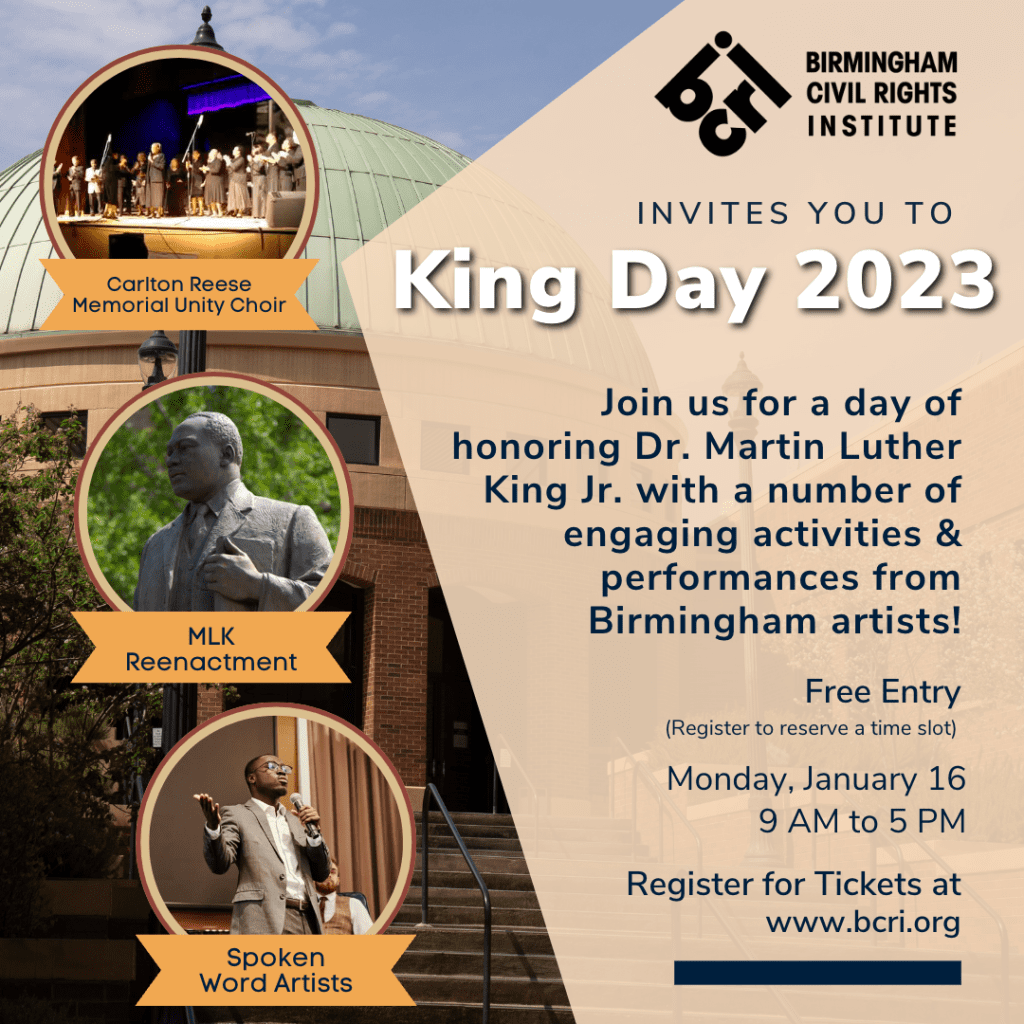 Join the Birmingham Civil Rights Institute on December 22nd for a celebration of the origin and history of Kwanzaa through the arts. The event will open with drummers and dancers, followed by a presentation from Legacy students highlighting the history … Read More 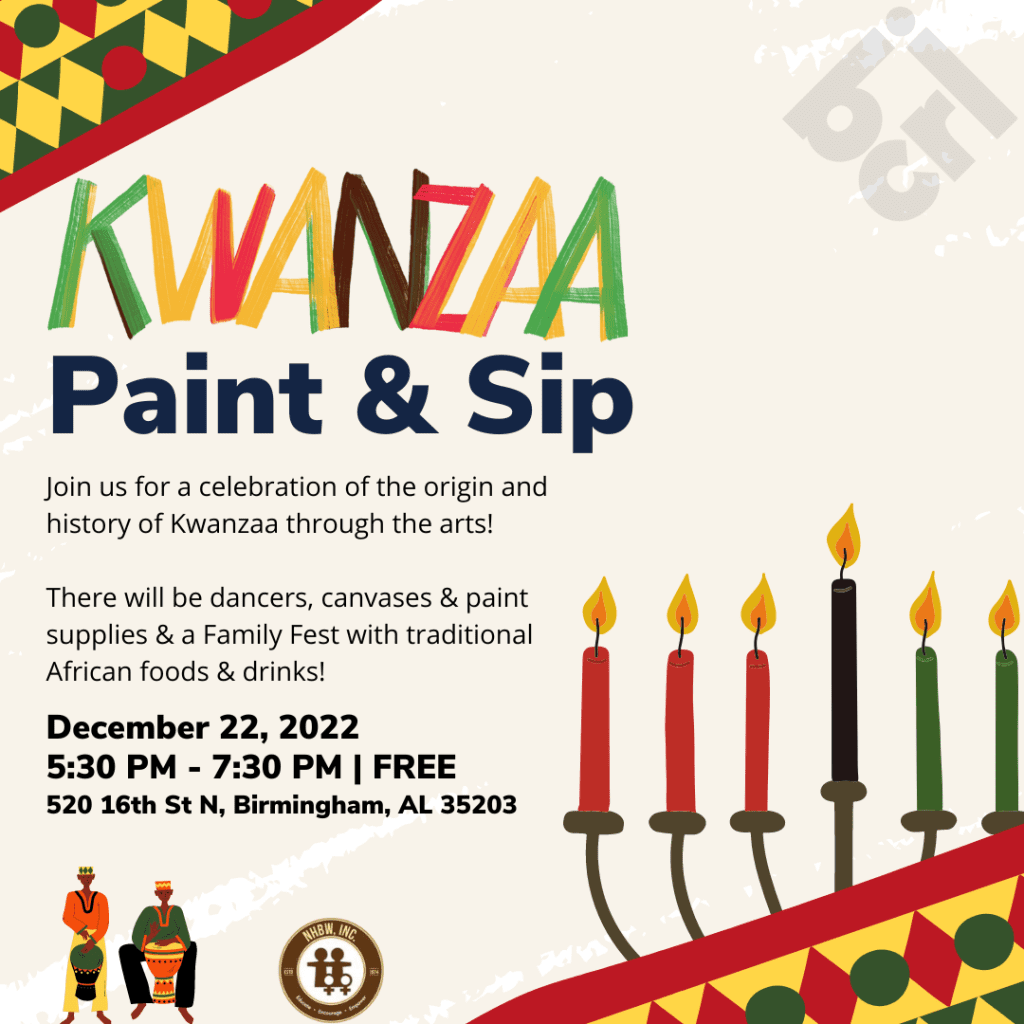 Our reader is Sandra Henderson. She is a retired Library Director from Lawson State Community College. She has also served  as librarian in the Birmingham Public School System and the Birmingham Public Library. Ms Henderson loves reading  and children’s books. She loves sharing her unique oral creative skills with students and children of all ages. Open for viewing November 19, 2022 until January 8, 2023. This special exhibit will travel across the country to educate families on what has happened in the past in hopes of fostering racial harmony and reconciliation today.

Don't miss the commemoration of The Birmingham Civil Rights Institute's grand opening in 1992! Culminating a week of festivities, our celebration will feature a night of great conversations, performances, reflection and a one-night-only special exhibit featuring thirty years of archival acquisitions and exquisite programs. Produced by Theater MSU, Anne and Emmett is a stage production depicting an imaginary conversation between Anne Frank and Emmett Till, both victims of racial intolerance and hatred. Anne Frank, the 13-year-old Jewish girl hose diary provided a gripping perspective of the Holocaust. Emmett Till, the 14-year-old African American boy whose brutal 1955 murder in Mississippi sparked the Modern American Civil Rights Movement. The one-act play opens with the two teenagers meeting in Memory, a place that isolates them from the cruelty they experienced during their lives. 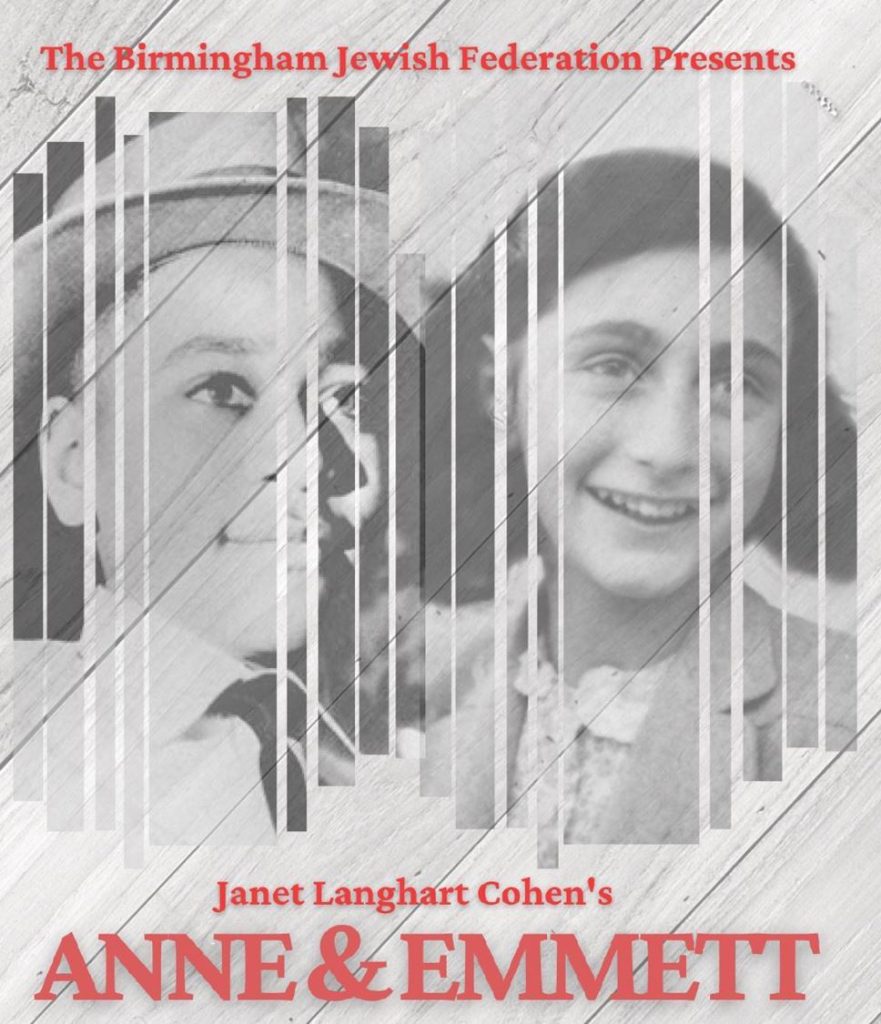 BCRI and the Consulate General of Israel to the Southeastern United States proudly present a panel discussion with members of Sharaka - a nongovernmental organization that showcases the people-to-people diplomacy made possible the the Abraham Accords, the peace and normalization agreements between Israel, The United Arab Emirates, Bahrain and Morocco. Our president and CEO, DeJuana Thompson, and the panelists will discuss the impact that civil society and individuals can have in bringing peoples together through the process of peace and collaboration. Ms. Odessa Woolfolk, founding president of BCRI will bring opening remarks and Dr. Calvin Briggs (Southern Center for STEM) will moderate the panel, which will include African Americans who grew up in Birmingham and pursued careers in the sciences during the civil rights movement. Light hors d'oeuvres and cocktails will be served and all those interested can take part in telescope and virtual reality observations. 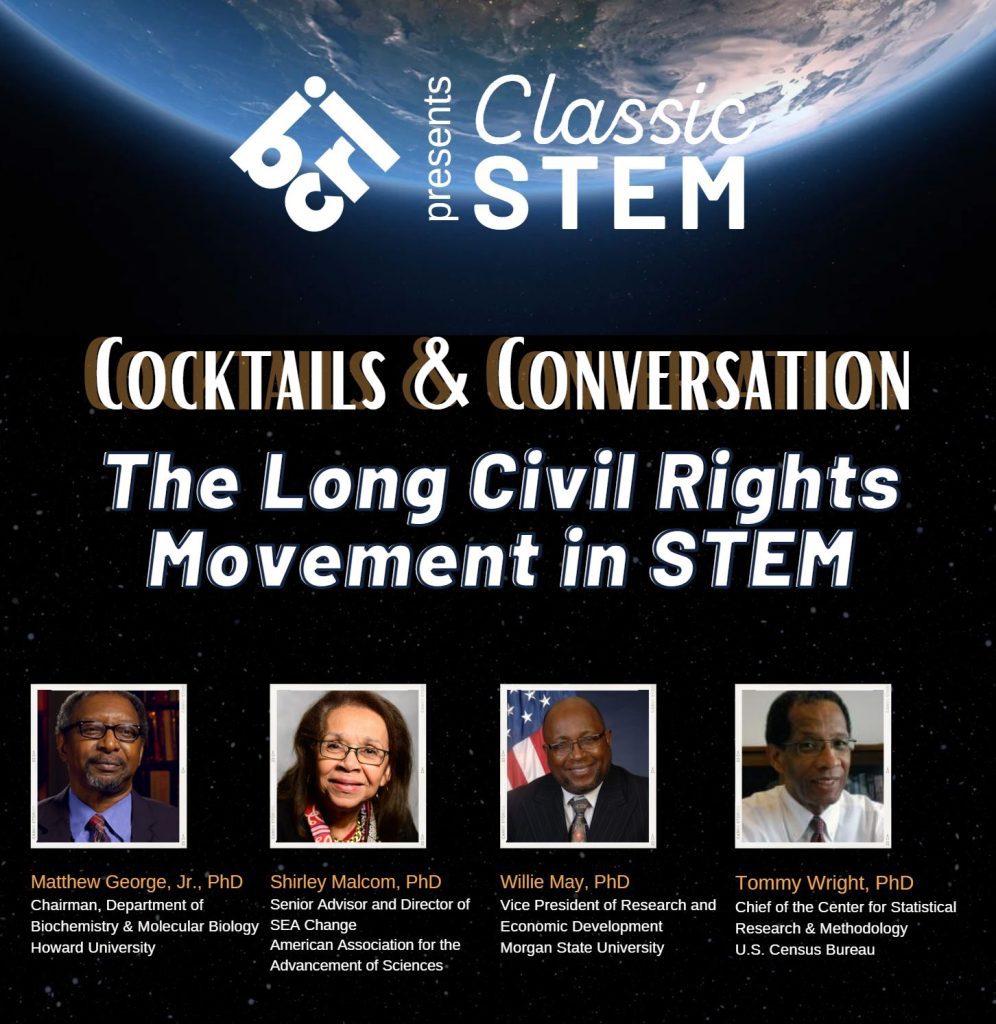 "It is my hope that the reading of this book will result in casual as well as in-depth discussions about this topic. I hope it will alleviate the awkwardness and discomfort many children (and adults) feel when in the presence of a person with disabilities. I hope that parents and others with special needs kids in their lives will be encouraged as they see Noah and his mom focus less on the limitations of what they cannot do and more on the endless possibilities of what they CAN DO. And that can make a world of difference." Museum Day goes beyond getting visitors through museum doors — it acts as a springboard to empower and help advance the hopes and ambitions of the public, particularly school-aged children and those in underrepresented communities. 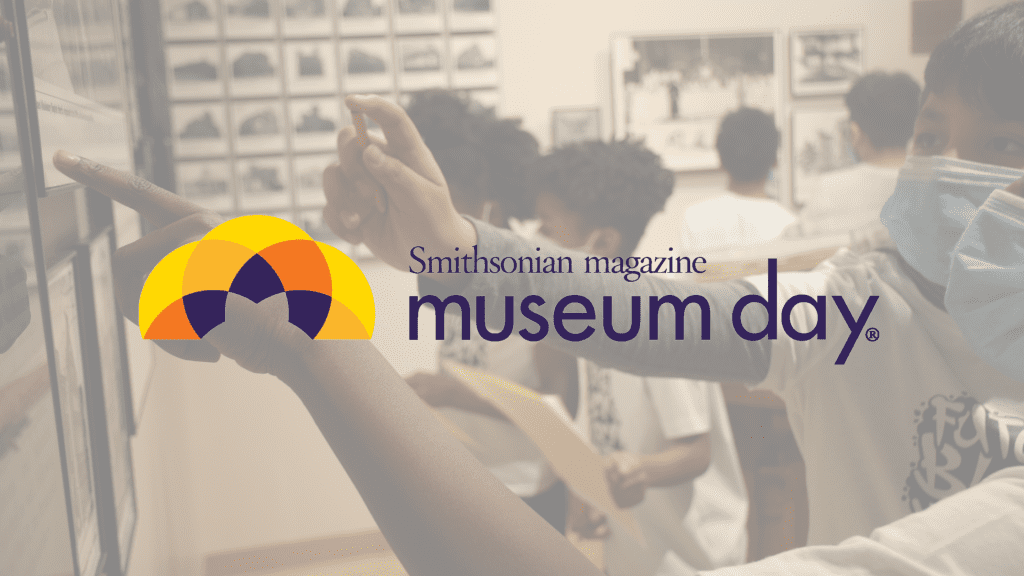 Produced by Oprah Winfrey’s Harpo Productions and directed by Oscar-nominated and Emmy-winning director Yance Ford, The Color of Care chronicles how people of color suffer from systemically substandard healthcare in the U.S. and how COVID-19 exposed the tragic consequences of this inequity. Black authors from all over the nation will gather to share their literature, stories, and inspiration. Come meet them and purchase signed copies of their books! This discussion will examine how the mid-1960s were a turning point not only for the Civil Rights movement, but also the history of free speech in the U.S. From the Civil Rights Act to landmark Supreme Court decisions, the boundaries of the First Amendment were tested in ways that affected civil rights in the decades following. Microsoft and The Southern Center for Broadening Participation in STEM will be onsite presenting STEAM Sporting Saturdays for kids July 9th and 16th from 11:00am until 2:30pm. 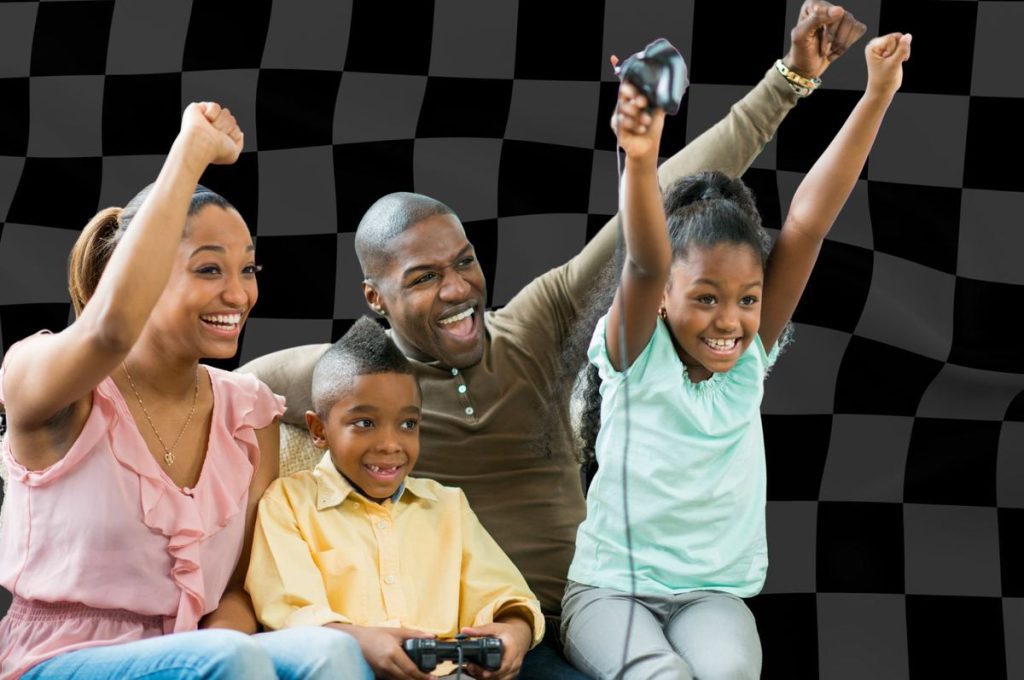 Microsoft and The Southern Center for Broadening Participation in STEM will be onsite presenting STEAM Sporting Saturdays for kids July 9th and 16th from 11:00am until 2:30pm! This special addition will feature a gaming lounge, virtual reality exploration, coding, robotics, … Read More

Race to Freedom: African Americans in Sports & The Marathon for Progress will be an interactive display bringing into focus the powerful symbol of the wide-ranging challenges and triumphs in the nation’s history of race and racism - sports. Through this series of events, we investigated how the struggle for civil rights in 1960s Birmingham can serve as a case study of conflict resolution that has global applications. These Pride Month programs helped us to answer the call to champion diversity and inclusion by acknowledging the contributions of all social justice leaders. 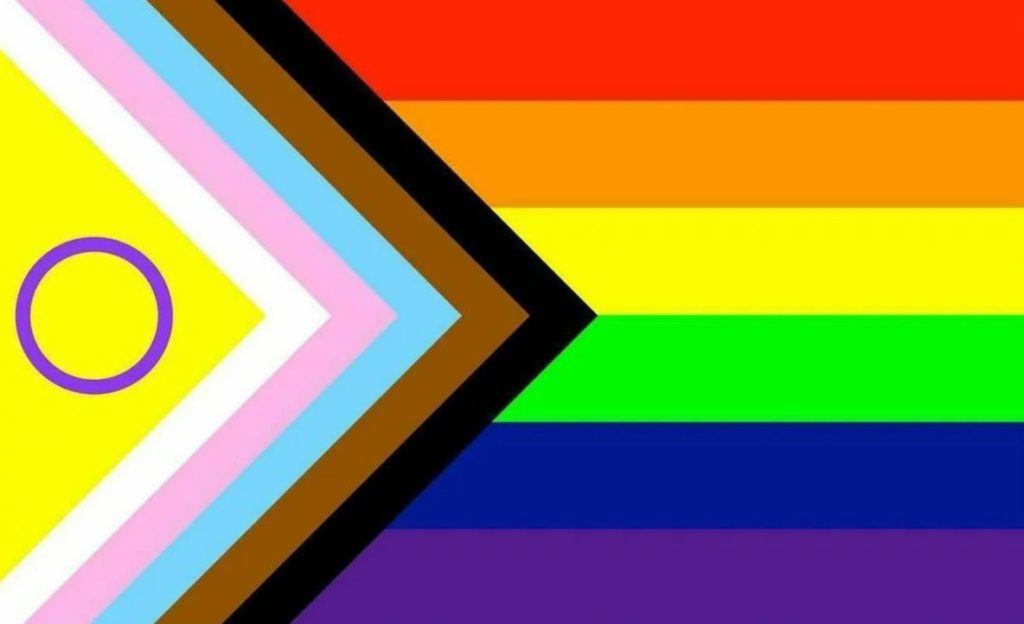 The Birmingham Civil Rights Institute was pleased to partner with The Birmingham Association of Realtors (BAR), the Birmingham Realtist Association, Barnes & Associates Realtors, Bancorp South | Cadence, and Arkadia One Studios for the premier of a short documentary film … Read More 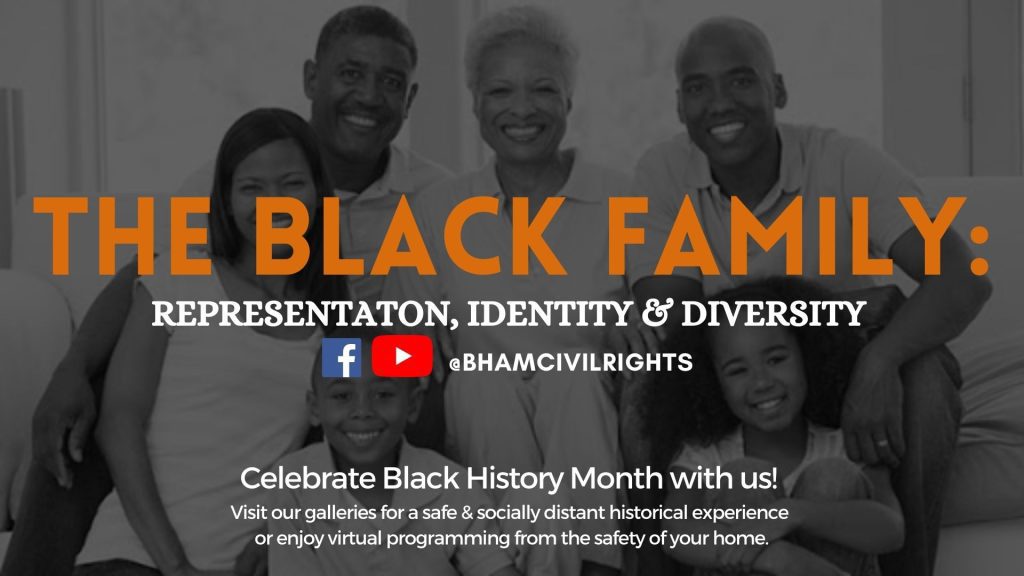 The Birmingham Civil Rights Institute presented a free community event to celebrate and learn more about the history and etymology of Kwanzaa! Families were offered fun crafts, hot cocoa, West African drumming, and great books about the annual celebration of … Read More In 1992, The Birmingham Civil Rights Institute was founded with a charge of preserving and promoting the legacy of the 1963 Civil Rights Movement in Birmingham. In joyful commemoration of our 29th anniversary, we invited the community to join us … Read More 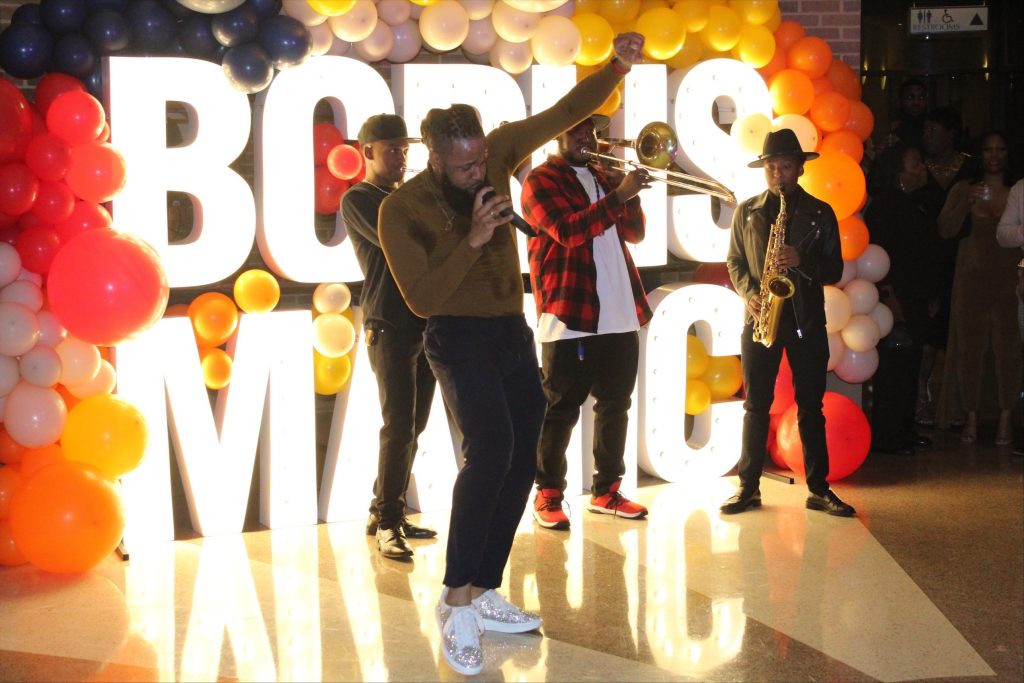 Ten years ago after Alabama's HB56 anti-immigration bill shook us to the core, BCRI invited the community to gather for a weekend of Latinx heritage, celebration, and reflection. Our free community activities included Spanish interpreted tours of our historic galleries … Read More So many interesting and important personalities have come out of Birmingham but none more so than the individuals whose likenesses adorn the exterior wall of the Firehouse Community Arts Center located in Avondale. Sun Ra, the Rev Fred Shuttlesworth, Angela … Read More