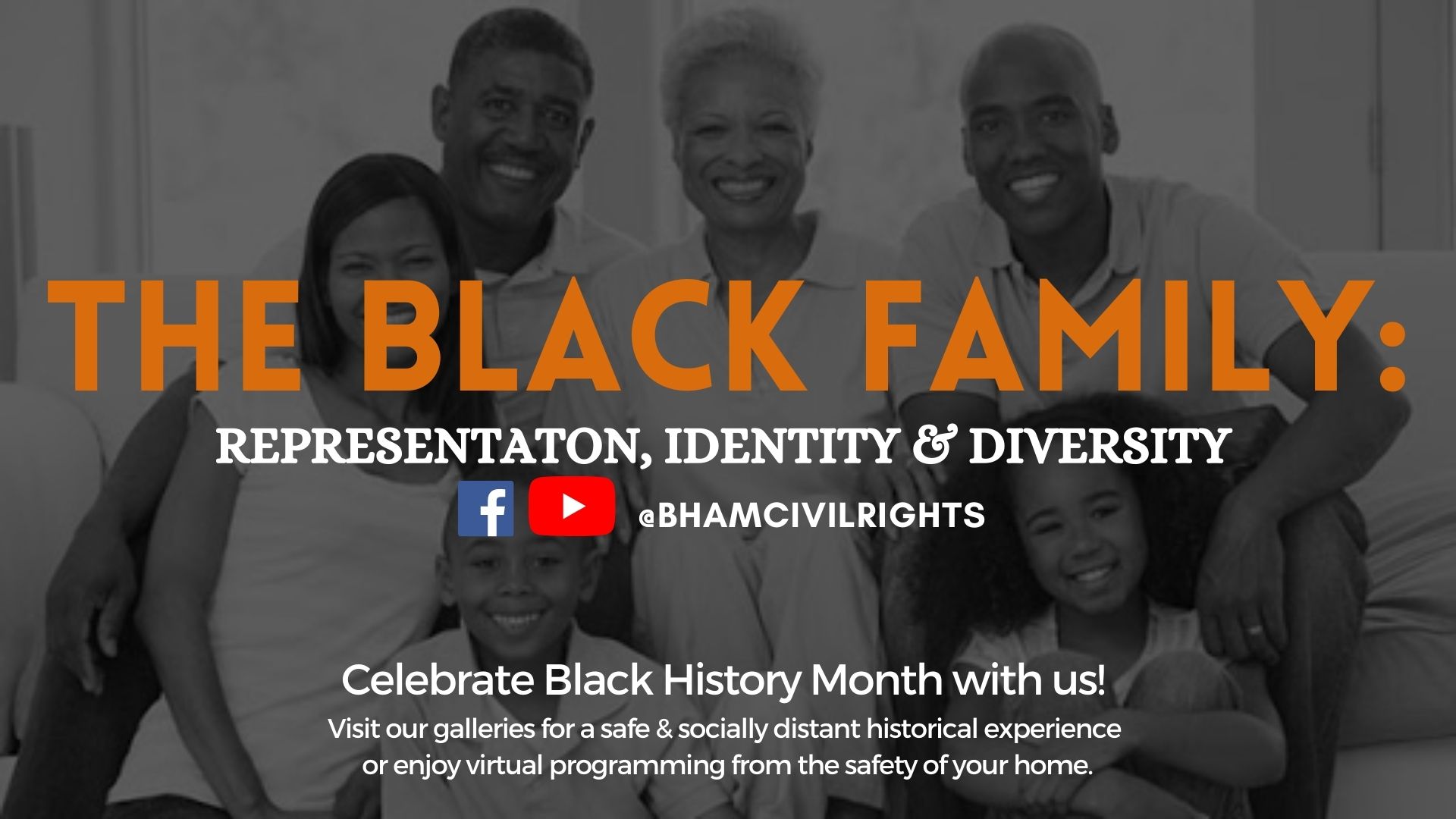 This year’s Black History Month theme, “Black Family: Representation, Identity and Diversity” explored the African diaspora, and the spread of Black families across the United States. We featured an interactive virtual town hall surrounding our nation’s history of housing discrimination and its adverse effect on the success of Black families. We discussed Ethnic Notions, Marlon Riggs’ award winning documentary that examines the anti-Black stereotypes that permeated popular culture from the antebellum period until the advent of the Civil Rights Movement of the 1960s. Because many Black Americans face difficulty when conducting genealogy research, we offered the platform of our virtual programming to The Birmingham African American Genealogy Group who taught us how to trace our roots using tech basics and best practices. With talented creators from the film and television industry, Redefining the Image: Black Families in the Media was a reflection on 100 years of Black family representation in media.