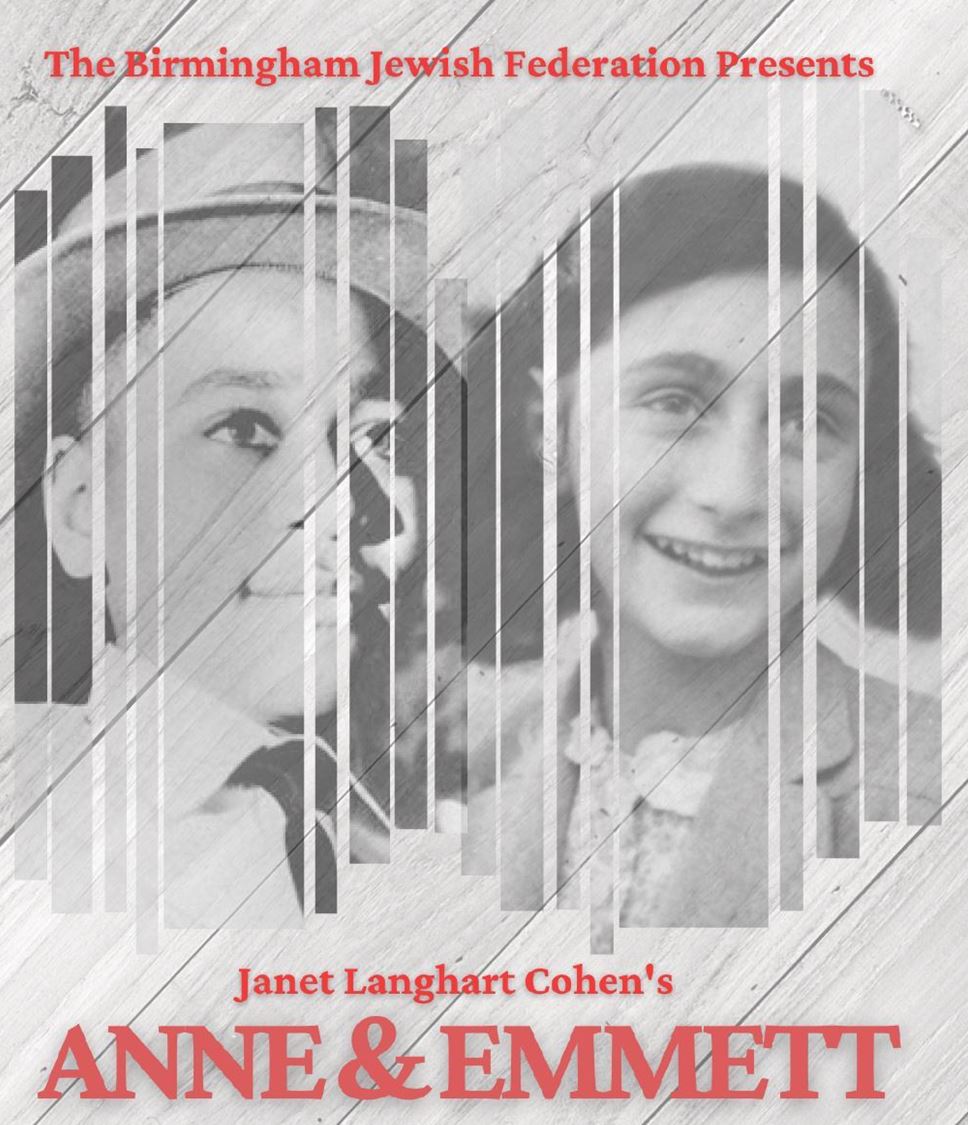 Join the Birmingham Jewish Federation and programming partners, the Alabama Holocaust Education Center and Birmingham Civil Rights Institute for the play Anne and Emmett, Sunday, November 13th at the Birmingham Museum of Art. Lunch precedes the production at 12:30 and the play begins at 2:00 pm. Tickets are $18.00.

Produced by Theater MSU, Anne and Emmett is a stage production depicting an imaginary conversation between Anne Frank and Emmett Till, both victims of racial intolerance and hatred. Anne Frank, the 13-year-old Jewish girl hose diary provided a gripping perspective of the Holocaust. Emmett Till, the 14-year-old African American boy whose brutal 1955 murder in Mississippi sparked the Modern American Civil Rights Movement. The one-act play opens with the two teenagers meeting in Memory, a place that isolates them from the cruelty they experienced during their lives.

Aimed at further bridging the gap between Birmingham’s Black and Jewish Communities, this event will be happening in conjunction with the opening of the Emmett Till & Mamie Till-Mobley: Let the World See exhibit at the BCRI on November 19th.

Click HERE to purchase tickets for Anne and Emmett and register for lunch!

Click here to learn how you can join the fight again racism and antisemitism.