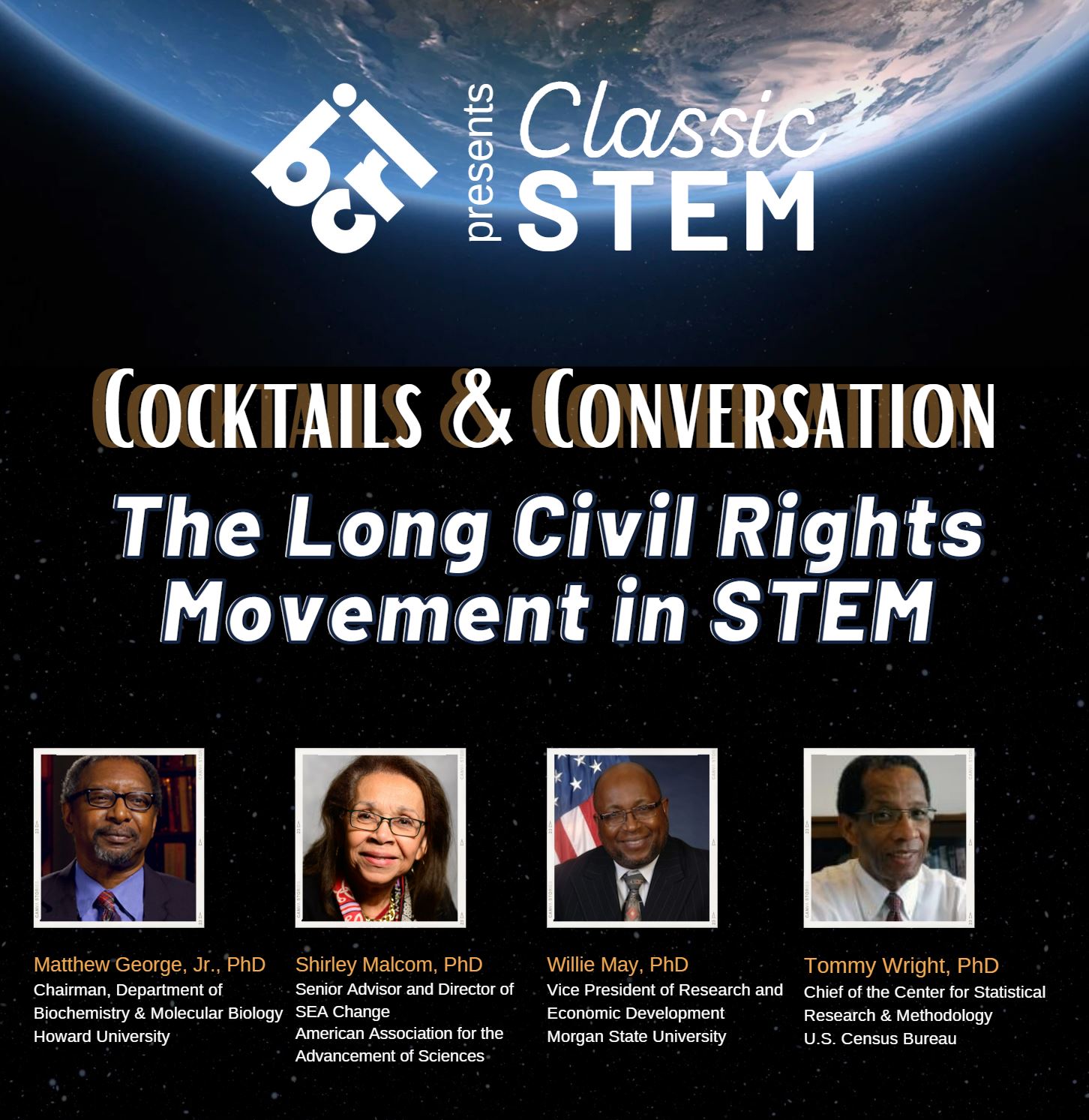 The launch of NASA’s James Webb (JW) telescope December 25, 2021 kicked off an exciting time for space-enthusiasts. One hundred more times powerful than the Hubble Telescope, scientists hope JW will fulfill many missions. One is to look back in time, 13.7 billion years ago, to the beginnings of our universe. Another is to seek Earth-like atmospheres, capable of sustaining life.

A group of thought partners – Birmingham Civil Rights Institute, NASA, National Park Service, Birmingham Museum of Art and the Magic City Poetry Festival – saw the historic launch of the James Webb telescope as an opportunity to bring the community together around this astounding achievement and bridge the gap between the scientific and cultural implications of space exploration.

The race to space in the 1960s coincided with the civil rights movement, illuminating and ultimately challenging the laws and norms that held segregation in place. Join the Birmingham Civil Rights Institute, Thursday October 27 from 5-8pm for Classic STEM: Cocktails and Conversation about the Long Civil Rights Movement in STEM. Ms. Odessa Woolfolk, founding president of BCRI will bring opening remarks and Dr. Calvin Briggs (Southern Center for STEM) will moderate the panel, which will include African Americans who grew up in Birmingham and pursued careers in the sciences during the civil rights movement. Panelists include:

Light hors d’oeuvres and cocktails will be served and all those interested can take part in telescope and virtual reality observations on the Institute’s west patio.